Lian Tanner has worked as a teacher, a tourist bus driver, a juggler and a professional actor. She has been dynamited while scuba diving and arrested while busking. She once spent a week in the jungles of Papua New Guinea, hunting for a Japanese soldier left over from the Second World War.

Lian’s first picture book, Ella and the Ocean, illustrated by Jonathan Bentley, won the 2020 NSW Premier’s Award for Children’s Literature. She is also the best-selling author of three fantasy trilogies for children, The Keepers trilogy, The Hidden/Icebreaker series and The Rogues trilogy. Her latest book, A Clue for Clara, is a detective story starring a very determined chook. Lian’s books have been translated into eleven languages, and have won two Aurealis Awards for Best Australian Children’s Fantasy.

“Lian held her audience in the palm of her hand for the entire time … a friendly and welcoming visitor who was able to capture the imaginations of over 200 girls and lead them on a wonderful literary adventure.”
– Kimberly P., Deputy Head of Library, Kambala School, Awards Sydney

“It was wonderful to see a class so engaged, especially after lunch (notoriously difficult).  The boys all clamoured to borrow her back catalogue once the session was over.” 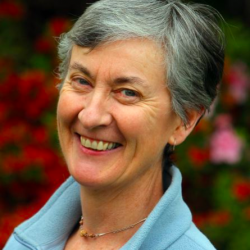