Lisa Shanahan grew up in a small suburb of Sydney, near the river, with her younger brother and sister. She had a gloriously free childhood—roaming the streets, the bush and the mudflats, with plenty of opportunities for reading and daydreaming. She spent a whole chunk of her childhood imagining that aliens had landed on earth and invaded all the bodies of all the humans she met, including her darling mum! Whilst training as an actor, Lisa wrote a play for a group of enthusiastic primary school students. She loved that experience so much, she abandoned her whole acting dream, going onto become an award-winning writer for young people instead. Her most recent novel, The Grand, Genius Summer of Henry Hoobler received the 2017 Queensland Literary Award for Children’s Fiction, the 2018 Speech Pathology Book of the Year for 8-12 year-olds and was also shortlisted in the 2018 CBCA Book of the Year Award for Younger Readers. Her most recent picture book, Hark, It’s Me, Ruby Lee! (ill. Binny Talib) was a 2018 CBCA Honour Book of the Year for Early Childhood, and was also shortlisted in the 2018 Prime Minister’s Literary Awards for Children’s Fiction.

When Lisa is not writing picture books or novels, she can be found visiting schools and festivals across Australia, inspiring young people of all ages to discover the real wonder and power of stories, particularly their own. 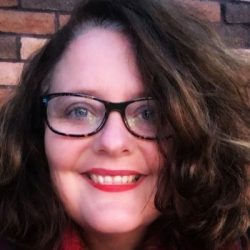