Dr Christopher Richardson is the author of Empire of the Waves, an epic maritime fantasy adventure from Penguin for readers 10+. Christopher also authored six non-fiction picture books in the X-Zone series for young readers. Christopher received his PhD from the University of Sydney for a thesis exploring North Korean children’s culture and has published widely on North Korean politics and culture. He is also one of Australia’s foremost experts on the poetry of Edward Lear and writes nonsense poetry of his own. Christopher has appeared widely in Australian schools, libraries, and festivals, and loves meeting and working with readers of all ages. 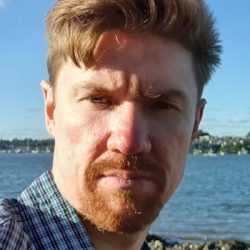