Skip to content
Jaclyn Moriarty is the author of several novels for young adults (and one for adults), including the internationally best-selling Feeling Sorry for Celia and Finding Cassie Crazy, and the Colours of Madeleine trilogy. Most recently she has released two fantastical adventures for middle-grade readers, The Extremely Inconvenient Adventures of Bronte Mettlestone, and The Slightly Alarming Tale of the Whispering Wars.

The first book in the Colours of Madeleine trilogy, A Corner of White, won the NSW Premier’s Literary Award for Young Adult fiction, the Queensland Literary Award for Young Adult Fiction, and was shortlisted for the Western Australian Premier’s Awards. In the US, it was a Boston Globe-Horn Book Honor book, was shortlisted for the Nebula (Andre Norton prize), and was a Kirkus Best Book of the Year.

The second in the trilogy also won both the NSW and Queensland Literary Awards, was shortlisted for the Victorian Premier’s Awards, and won the Aurealis Award for Best Young Adult Fantasy. The third book, A Tangle of Gold, was released in February 2016. A former media and entertainment lawyer, Jaclyn has a Masters in Law from Yale and a PhD from Cambridge. 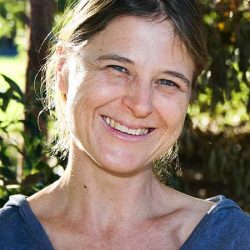