Stephen Michael King is a major figure in Australia’s world of children’s publishing. He has written numerous books, and has illustrated over 50 titles. His first picture book, The Man Who Loved Boxes, won the Family Award for Children’s Books in 1996 and was shortlisted for the Crichton Award for Children’s Book Illustration. Some of Stephen’s titles include Snail and Turtle are Friends, You, You Too, The Magnificent Tree (written by Nick Bland), Leaf and Prudence Wants a Pet. He was awarded the Children’s Book Council of Australia (CBCA) Honour Book for Mutt Dog and Leaf. In 2015, he was nominated for three books in the CBCA Awards, an incredible achievement.

He has illustrated a number of titles for Australian authors such as Margaret Wild, Jackie French, Tim Winton, Sue Whiting, Glenda Millard and Victor Kelleher. Most of his books are published overseas and translated into different languages from around the world.

Stephen lives on the east coast of Australia, on an island, in a mud brick house with his wife, two children, and a menagerie of animals. Stephen works mainly with watercolours and ink, and he describes drawing as something that he simply can’t live without. He is extremely passionate about what he does, and this shows through in his work. 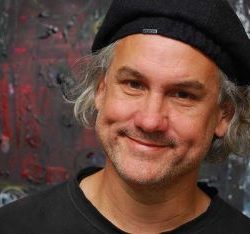