Skip to content
One of eight children, Phillip Gwynne grew up in the bush and played professional Australian Rules football, graduated as a Marine Biologist, and worked at many different jobs before he eventually started writing. His first book, Deadly Unna? has sold 250,000 copies in Australia. Phillip has subsequently written over thirty books ranging from picture books to adult crime thrillers, has been translated into many different languages and is the recipient of a host of awards. His latest YA novel The Break, published by Penguin in 2020, deals with, amongst other things, capital punishment. He also has five picture books coming out soon, including Small Town (illustrated by Tony Flowers) which explores refugee resettlement in rural Australia. 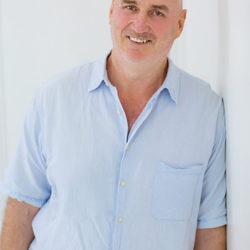