Morris Gleitzman is a bestselling Australian children’s author whose books explore serious and sometimes confronting subjects in funny and unexpected ways. Morris wrote his first children’s novel in 1985. His moving and humourous style has endeared him to children and adults alike, and he is now one of Australia’s most successful authors, both internationally and at home.

He was born in England in 1953 and emigrated to Australia in 1969. His early work included being a paperboy, bottle-shop shelf-stacker, department store Santa Claus, frozen chicken defroster, fashion-design assistant and sugar-mill employee. Then he gained a degree in Professional Writing at the Canberra College of Advanced Education.

Morris started his career as writer for three award-winning and top-rating seasons with the Australian TV comedy series The Norman Gunston Show. He wrote a number of feature film and telemovie screenplays, including The Other Facts of Life and Second Childhood, both produced by The Australian Children’s Television Foundation. The Other Facts of Life won an AWGIE Award for the Best Original Children’s Film Script.

He also wrote live stage material for people such as Pamela Stephenson and the Governor General of Australia. Morris became well known to many people through his semi-autobiographical columns in The Age and Sydney Morning Herald magazine, Good Weekend, which he wrote for nine years.

But the majority of Morris’ accolades are for his hugely popular children’s books. One of the first was Two Weeks with the Queen, an international bestseller which was also adapted into a play by Mary Morris. The play had many successful seasons in Australia and was then produced at the National Theatre in London in 1995 directed by Alan Ayckbourn, and also in South Africa, Canada, Japan and the USA.

All Morris’ other books have been shortlisted for or have won numerous children’s book prizes here and overseas. Morris has spent the past two years serving as Australian Children’s Laureate, a role in which he promoted children’s literature internationally under the banner of “Stories Make Us”. 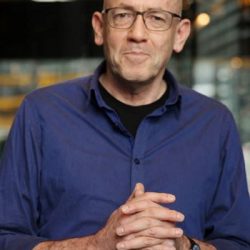