Skip to content
Dr Kate Forsyth wrote her first novel aged seven & has now sold more than a million books worldwide. She has won many awards, including the 2015 American Library Association award for Best Historical Fiction for Bitter Greens, a retelling of ‘Rapunzel’ interwoven with the dramatic true-life story of the woman who first wrote the tale; and The Wild Girl, the story of the forbidden romance behind the Grimm brothers’ famous fairy tales, which was named the Most Memorable Love Story of 2013. She has also written The Blue Rose, which is set in Revolutionary France and Imperial China, and was inspired by the true story of the quest for a blood-red rose; and Beauty in Thorns, a reimagining of ‘Sleeping Beauty’ told in the voices of the Pre-Raphaelite sisterhood.

Kate’s books for children include the collection of fairy-tale retellings Vasilisa the Wise & Other Tales of Brave Young Women, which won a silver medal in the 2018 US Readers Favorite book awards, and its sequels, The Buried Moon & Other Tales of Bright Young Women and Snow White, Rose Red & Other Tales of Kind Young Women. Other children’s books include The Impossible Quest fantasy series, shortlisted for a KOALA Award and a YABBA Award; the Aurealis-award winning historical adventure series The Chain of Charms, and The Puzzle Ring which was short-listed for the 2009 Aurealis Award for Best Young Adult Novel, and named an ‘Unsung Hero of 2009’ by international bloggers.

Kate has also won the 2017 William Atheling Jr Award for Criticism, and was recently awarded the prestigious Nancy Keesing Fellowship by the State Library of NSW to research and write a biography of her ancestor, Charlotte Waring Atkinson, the author of the first book for children published in Australia. Kate has a BA in literature, a MA in creative writing and a Doctorate of Creative Arts, and is also an accredited master storyteller with the Australian Guild of Storytellers. 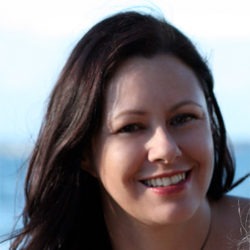