James is an ambassador for Books In Homes and Room To Read. He is a massive Marvel movie nerd. He comes from a long line of queuing enthusiasts. 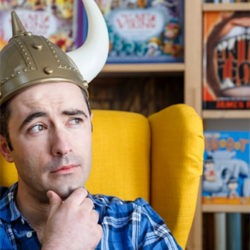