Skip to content
Anna Fienberg grew up in a house filled with books. Anna has written more than forty well-loved books for children and young adults. Her career began when she worked as an editor at School Magazine, a children’s literary journal, which published her first story. That story became her first book and she went on to win many awards for her novels and picture books, including the Children’s Book Council of Australia award for The Magnificent Nose and other Marvels, the Victorian Premier’s Prize for Ariel, Zed and the Secret of Life, and the CBCA Honour Award for Horrendo’s Curse. Her novel for young adults, Borrowed Light, was also a CBCA Honour Book and a 2001 American Library Association Best Book for Young Adults. In 2009 her first book for adults, Escape, was published.

Anna writes for all ages, and her Minton series, together with her more recent Figaro and Rumba tales are perfect for younger children. Anna’s books have been published all over the world and her ever-popular Tashi books, illustrated by Kim Gamble, have become an animated series for television.

Her most recent novels include Wicked’s Way (2016), a companion book to Horrendo’s Curse, and Tashi and the Wicked Magician (2016), part of her renound Tashi series.

Monsters (2018) is her most recent picture book. 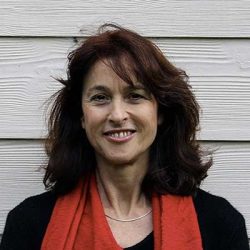