Australian children’s author Cristy Burne is passionate about empowering our next generation of creative, science-savvy citizens.

A writer of children’s fiction and non-fiction, Cristy has performed in a science circus, worked as a garbologist, edited CSIRO’s Scientriffic, and was working as a journalist at CERN when they turned on the Large Hadron Collider.

Since 2017 Cristy has published ten books – including two CBCA Notables – and has been shortlisted for the WA Young Readers Book Award and the Wilderness Society’s Environment Award for Children’s Literature. 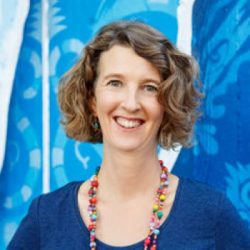