In 2002 she illustrated her first picture book, Two Summers, written by John Heffernan and published by Scholastic Press.

Since then she has illustrated a further 26 picture books, including Harry and Hopper, written by Margaret Wild which was the recipient of the 2010 Kate Greenaway Medal. Many of her books have won Children’s Book Council of Australia awards, including My Two Blankets in 2015 for Picture Book of the Year. 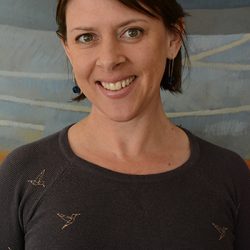