Deborah trained as a teacher before becoming writer/producer of a national children’s TV show at Network TEN. Since then, she has become an internationally published and awarded author of 26 books including her climate change trilogy, Grimsdon, New City and Final Storm. Her family’s survival in WW2 and migration to Australia inspired Teresa A New Australian.

The Stupendously Spectacular Spelling Bee and The Most Marvellous Spelling Bee Mystery were inspired by her grade 4 teacher. Her picture books are, Wolfie, An Unlikely Hero and Bear in Space (2020). Deb’s won awards for her work but mostly hopes to be as brave as her characters.

Her latest release is The Book of Wondrous Possibilities, a middle grade adventure for 8-12-year-old heroes (even if they don’t know it yet). 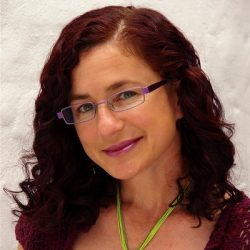